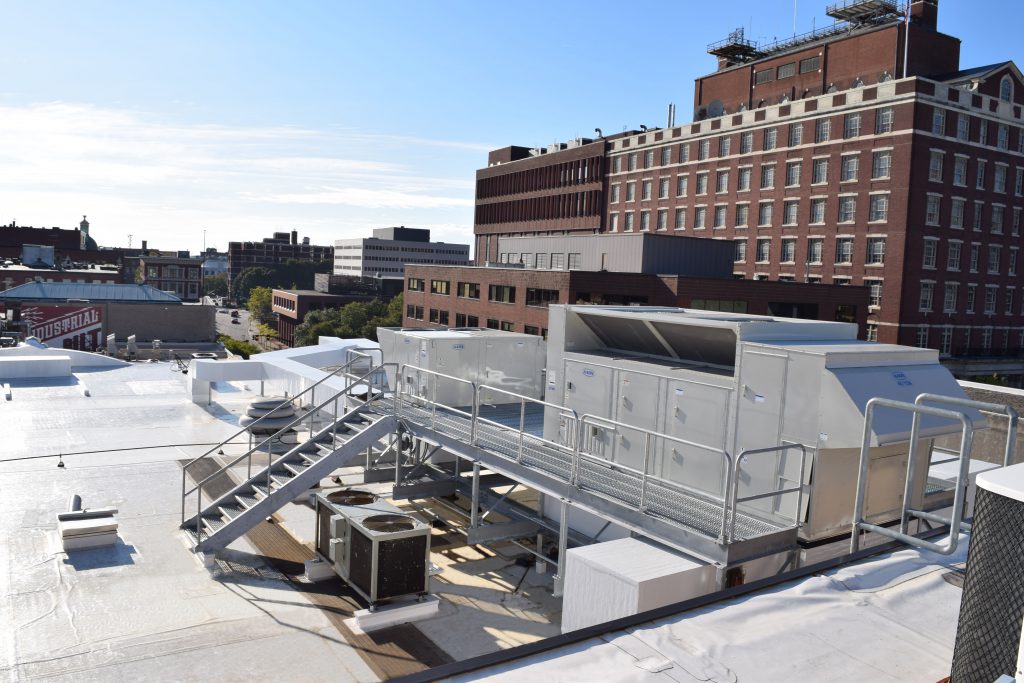 Originally built in 1910 in as a vaudeville performance house, the five-story theater’s HVAC system had long since outlived its period of efficient service. The upgrade involved the removal of two rooftop HVAC units and associated ductwork, which required significant asbestos abatement and specialty considerations due to the historical nature of the structure.

Seismic considerations and vibration precautions were put in place for the replacement units and new duct so as to protect the building in case of seismic activity and to minimize equipment noise during theater productions.

The project included a life-safety upgrade, providing a CO detection system allowing for smoke, dry ice, and other atmospherics during performances, as well as a building management system (BMS) that allows staff to control HVAC units and building temperature remotely.

Project manager Jeremy Rogers spearheaded the work for Arden, adding that, “Despite the difficulties of working in a busy urban setting and having a very tight schedule, it was a cohesive team effort by all involved.”

As Rhode Island’s largest arts organization, Trinity Rep plays a significant role within the community, offering entertainment and educational initiatives to people of all ages. Arden Engineering Constructors is proud to have played a part in the ongoing maintenance and preservation of the historic theater and its contributions to the arts.