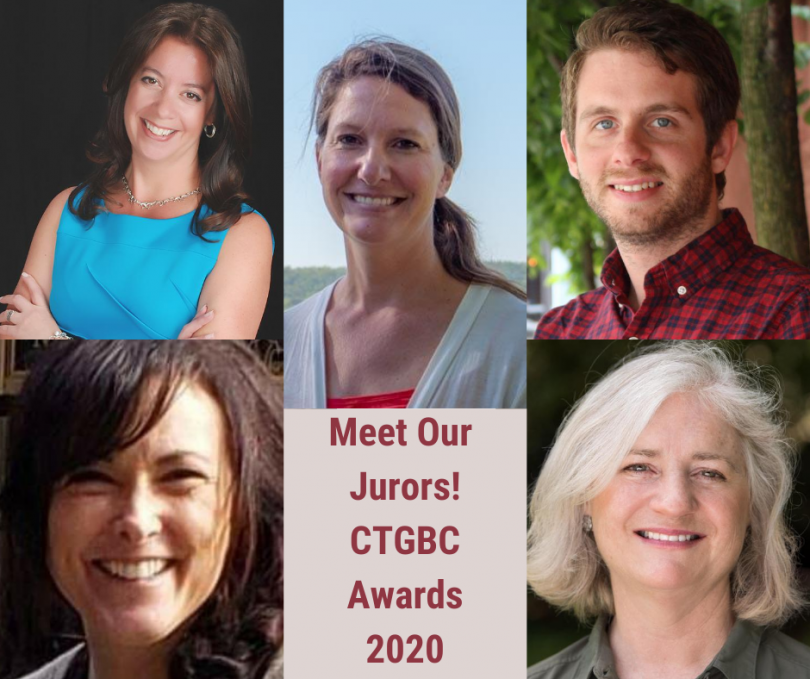 Thanks to our generous book sponsor, Flow Tech, the book is offered to attendees at discounted rates. To aid in the festive nature of the awards, Black Hog Brewing has donated beer kits for the first 100 registered attendees. 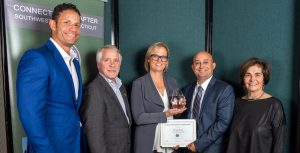 2019 Award of Excellence and Best in Show, Slate School by Patriquin / Photo by Mara Lavitt

The CTGBC has been holding the Green Building Awards since 2006. Since then, the organization has endeavored to draw recognition to the once niche practice of green building. More than a decade later, green building is finally becoming mainstream, and is at the forefront of industries like architecture, construction, urban development, energy efficiency, transportation, and increasingly, human health and climate change.

The early awards ceremonies were small, often held in restaurants with a handful of award winners and passionate practitioners. Traditionally, the awards included public/institutional, commercial, residential, and student design categories. Over the last few years, the awards program has grown, increasing in submission quantity, attendance, and award categories to include passive house, sustainable sites, and multifamily projects. 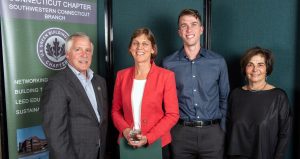 Although the Green Advocate Award has existed since 2010, in 2017 it was renamed as the Judy Swann Green Advocate Award, after the founding CTGBC executive director, Judy Swann. This award is given to a recipient who has shown outstanding commitment to practicing and promoting sustainability in Connecticut.

In 2019, the CTGBC Trailblazer Award was introduced to recognize efforts to transform or promote strategies and methodologies that encourage intelligent stewardship of resources. This award reflects the work of an individual or group that is transformative, not just for the immediate future, but in a manner that serves future generations. The intent of the CTGBC Trailblazer Award is for the board to endorse “the seeds for sustainability sown today will feed the livability of the generations of tomorrow.” Sustainable CT was the inaugural recipient of the Trailblazer Award for its comprehensive work to advance sustainability throughout Connecticut.

An Awards Event Keynote Speaker was also added in 2019, the first being John Mandyck, CEO of Urban Green. This inaugural opportunity showcased the innovative work being done in New York City to transform and modernize its energy code.

The Connecticut Green Building Council works diligently to increase Connecticut’s resiliency now and into the future while also focusing on fostering a sustainably built environment.