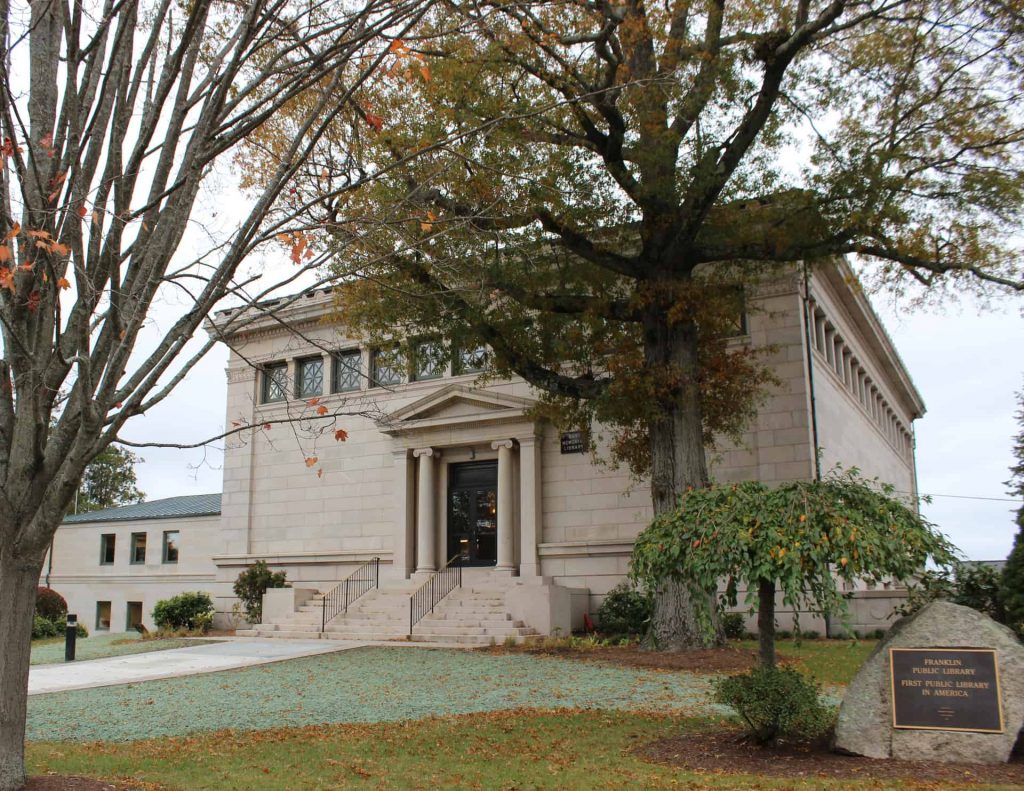 Franklin, MA – The new Franklin Public Library recently celebrated its official ribbon-cutting. This project – managed by Daedalus Projects, Inc. – involved significant renovations to 23,011sf of the existing library, as well as the new construction of an 8,320sf addition.

The current Franklin Public Library building was constructed in 1904, but the institution has been in operation since 1790 and is considered the oldest public library in the United States. The building features historically significant frescoes and intricate architectural details, the restoration and protection of which was a central focus of the renovation work.

With the new construction of an 8,320sf addition, the library gains much-needed space for meeting and community rooms, areas for children and young adults, and additional general stacks.