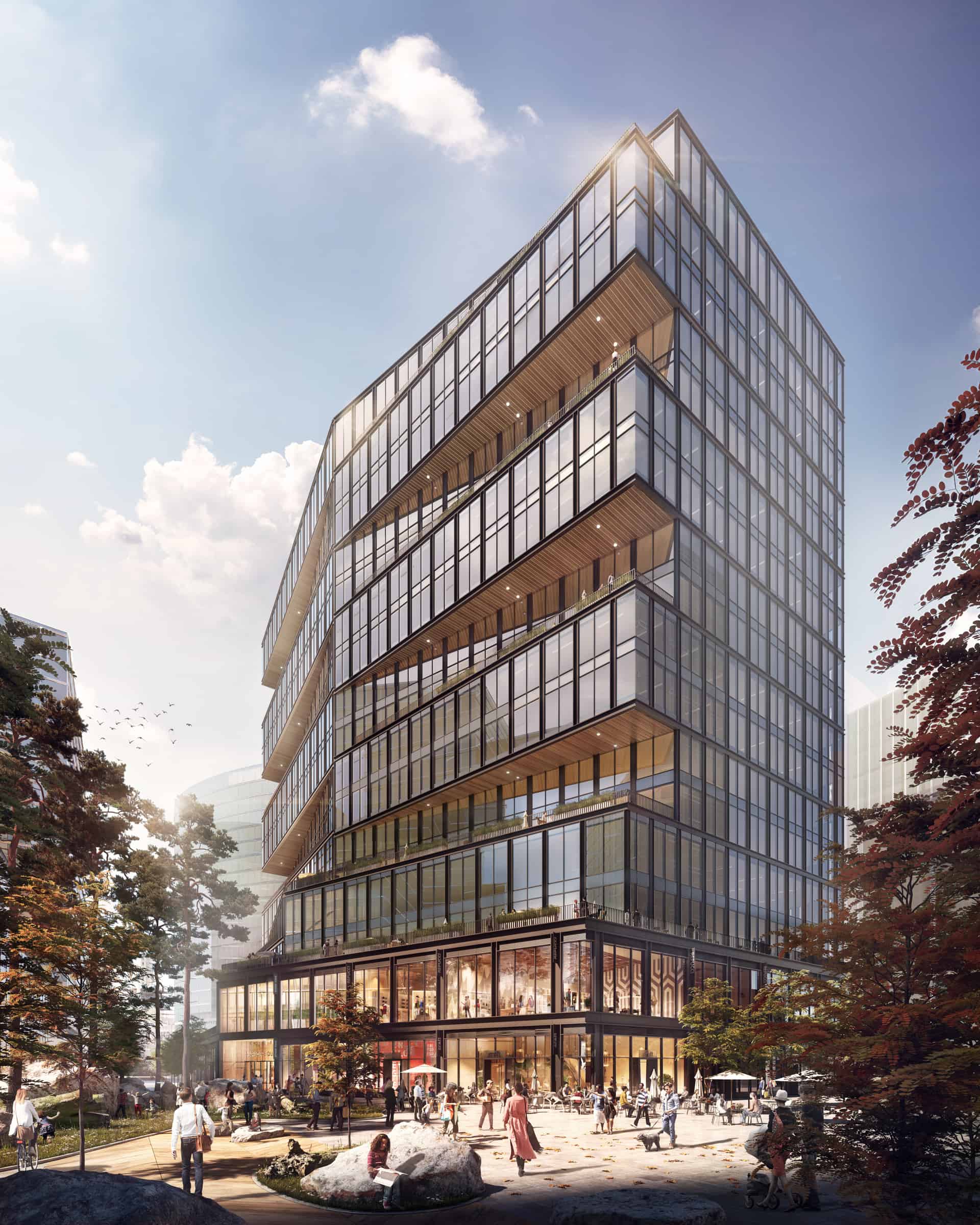 Rendering of Amazon at Boston Seaport.

Boston – WS Development, in partnership with PSP Investments, recently joined Amazon, Boston Mayor Martin J. Walsh, and Massachusetts Governor Charlie Baker in announcing that a lease for 430,000sf of office space at the company’s 23-acre Boston Seaport development has been signed with Amazon.

WS Development expects the project to start construction later this year and be completed in 2021.

Amazon will occupy all of the office space in the building to be constructed on Block L4 of the Boston Seaport development, a 17-story mixed-use building designed by a collaboration of Gensler’s San Francisco and Boston offices. It will house approximately 2,000 Amazon employees once completed.

The 525,000sf building will contain two levels of retail and will front on Harbor Square Park.

There will also be numerous district-wide transportation improvements, including new protected bicycle infrastructure, a new MBTA Silver Line headhouse at Courthouse Station, and numerous streetscape improvements throughout the Seaport that will significantly improve district-wide mobility and the quality of the public realm in the Seaport neighborhood.

The project will also fund approximately $4.4 million dedicated to the creation of affordable housing in Boston, as well as $875,000 of funding for job training in the City of Boston, providing opportunities for Amazon to work with the city’s Workforce Development team to prepare local residents for jobs in the technology industry.

“We are proud to welcome Amazon to Boston’s Seaport, a neighborhood that has grown to serve forward-thinking employers, residents, and retailers and which has now become a global hub of innovation and talent” said Jeremy Sclar, President of WS Development.