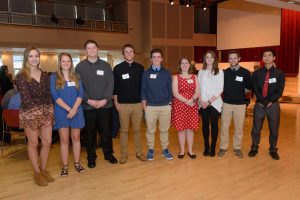 Keene, NH – The New Hampshire Chapter of the American Institute of Architects and the Keene State College Architecture Department recently held its annual joint event to honor Dr. Jay V. Kahn and to celebrate the establishment of the AIA New Hampshire-Kahn Family Fund for the Advancement of Architecture.

In addition, scholarships and student design awards were presented. 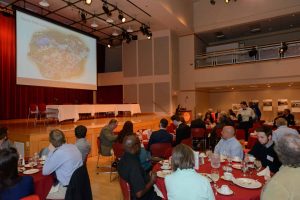 The AIA New Hampshire-Kahn Family Fund is an endowment to support KSC architecture student study-travel opportunities by helping students study abroad and in the U.S., to expand their knowledge of architecture beyond New Hampshire, and to be better prepared for their professional lives after graduation from KSC.

Dr. Kahn, who recently retired as vice president of finance and planning after 27 years at the college, was named an Honorary Member of AIA New Hampshire in 2013. He was instrumental in creating and executing a long-term vision for the physical character of the Keene State College campus, which has resulted in a beautiful environment displayed in both the buildings and grounds. Additionally, Dr. Kahn supported the development of the architecture program and major at Keene State College. 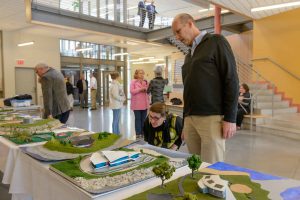 Established in the fall of 2015, the first award went to two KSC sophomores, Connor Bell of Northwood, NH, and Rachel Lamica, from Malone, NY, to accompany Professors Peter Temple and Donna Paley to Kigali, Rwanda and southern Uganda this past January. While there they researched projects for a health care center in Kigali and a new primary school in Bucundura, Uganda. The research informed 36 students this semester, who worked with Temple, Paley and Michael Petrovick AIA to design the new facilities. The designs were presented and exhibited during an open house of the architecture studios just prior to the event. 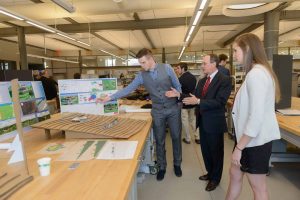 Also on exhibit were the entries to the AIA New Hampshire High School Student Design Competition, and the winners were announced. 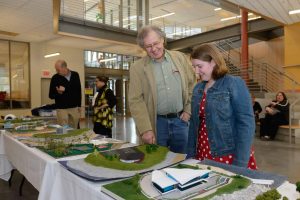