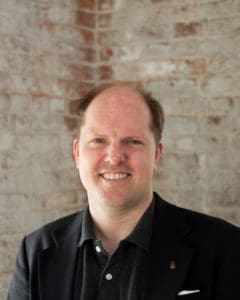 Pawtucket, RI – LLB Architects, a New England architecture firm based in Pawtucket, announced that senior associate Jonathan M. Taylor, AIA, has been named president of AIA Rhode Island. The 501c6 nonprofit membership organization, founded in 1875, is the seventh oldest chapter of the American Institute of Architects.

Taylor joined LLB Architects in 2011. He was named director of design implementation in 2015, a role he continues in today. He was promoted to associate in 2017 and recently promoted to senior associate.

Prior to joining LLB Architects, he worked for nearly 10 years for Goody Clancy in Boston.

Taylor has been an active member of the American Institute of Architects (AIA) since 2000, the Boston Society of Architects until 2011, and AIA Rhode Island since 2012.