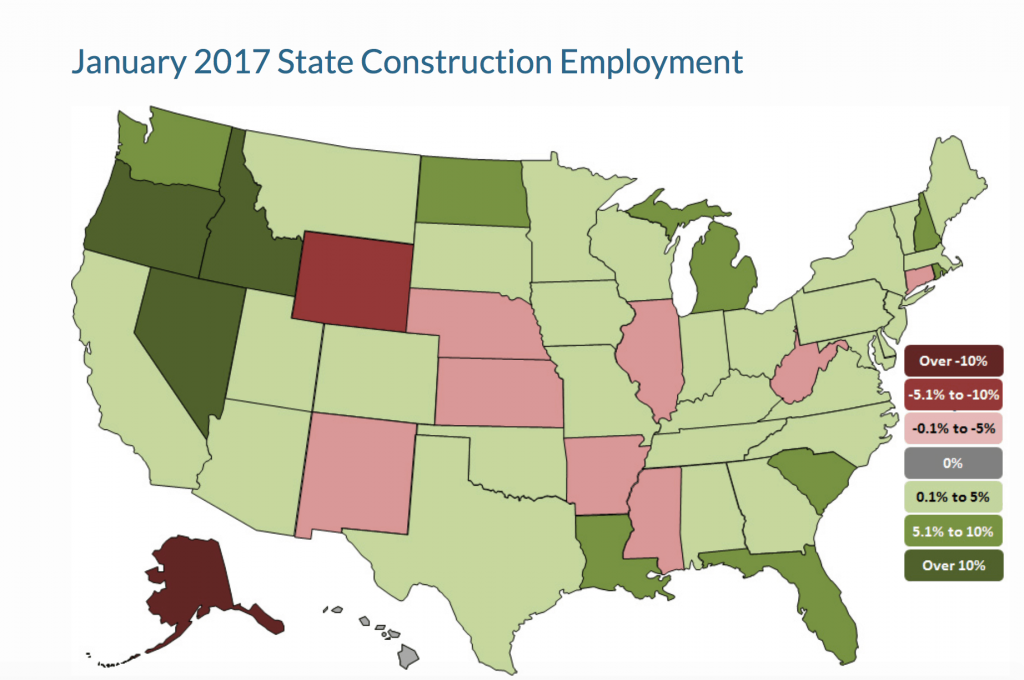 National – Thirty-nine states added construction jobs between January 2016 and January 2017 while 38 states and D.C. added construction jobs between December and January, according to an analysis by the Associated General Contractors of America of Labor Department data released today. Association officials said that many firms report they are having a hard time finding enough qualified workers to hire as they work to keep pace with growing demand.

“Even as firms continue to find ways to expand their headcount, they are increasingly concerned about the lack of available, qualified workers,” said Ken Simonson, chief economist for the association. “There is only so much firms can do to attract the limited number of qualified workers before labor shortages begin to impact their operations.”

Association officials once again urged federal leaders to act on a series of measures they outlined in recommendationsto the Trump administration and Congress to bolster the supply of qualified workers even as they work to enact new measures to improve the nation’s aging infrastructure. Those measures include boosting funding for career and technical education programs, making it easier for firms to set up regional training programs and making Pell grants eligible for career and community college programs.

“The growth in construction demand is outstripping the growth in the supply of qualified construction workers,” Stephen E. Sandherr, chief executive officer for the association, said. “Federal officials have a great opportunity to attract and prepare even more people for high-paying careers in construction that will cut unemployment and boost the economy.”