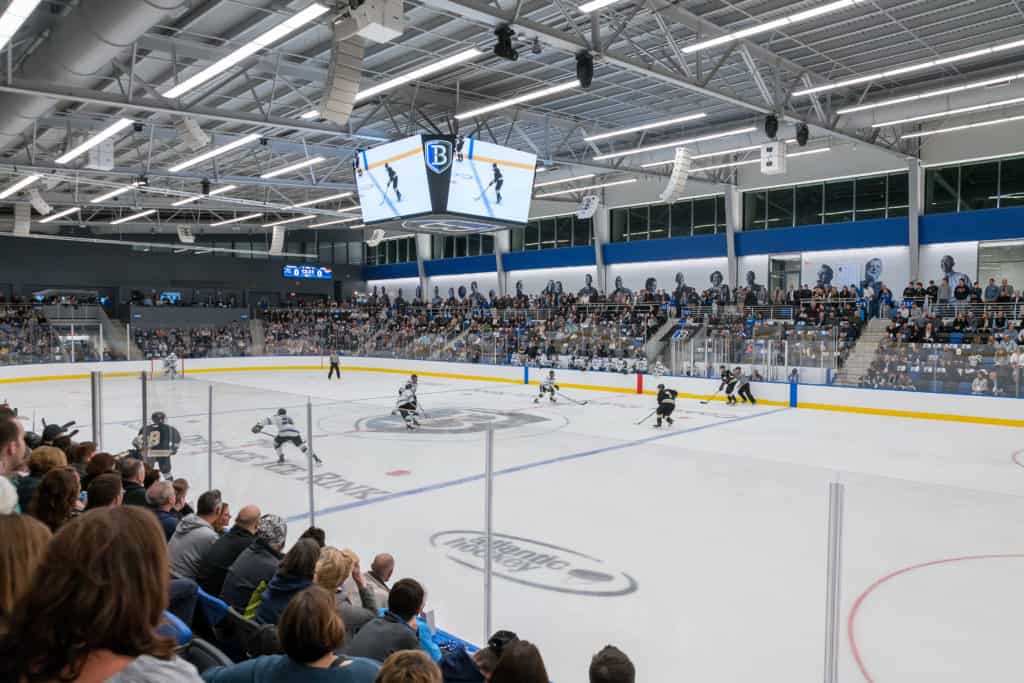 Waltham, MA – Bentley University’s new 76,000sf multipurpose arena, designed by Architectural Resources Cambridge (ARC), is not only home to sporting events, but it is also the host to a variety of functions including concerts, alumni events, and career fairs.

Acentech provided acoustical design guidance and designed the audiovisual system to ensure clear and intelligible sound for every hockey game, a capella competition, and commencement address. Clear sound was a particular interest of the athletic director, so that all spectators and participants catch every important call of a referee, the final announcement from the emcee, or the congratulatory remarks of the president.

Audiovisual design for the arena included specifications for the systems throughout the facility, including a main arena sound system for hockey and special events, along with the main control room system that includes a digital mixing console, audio processing, and amplification for the system. 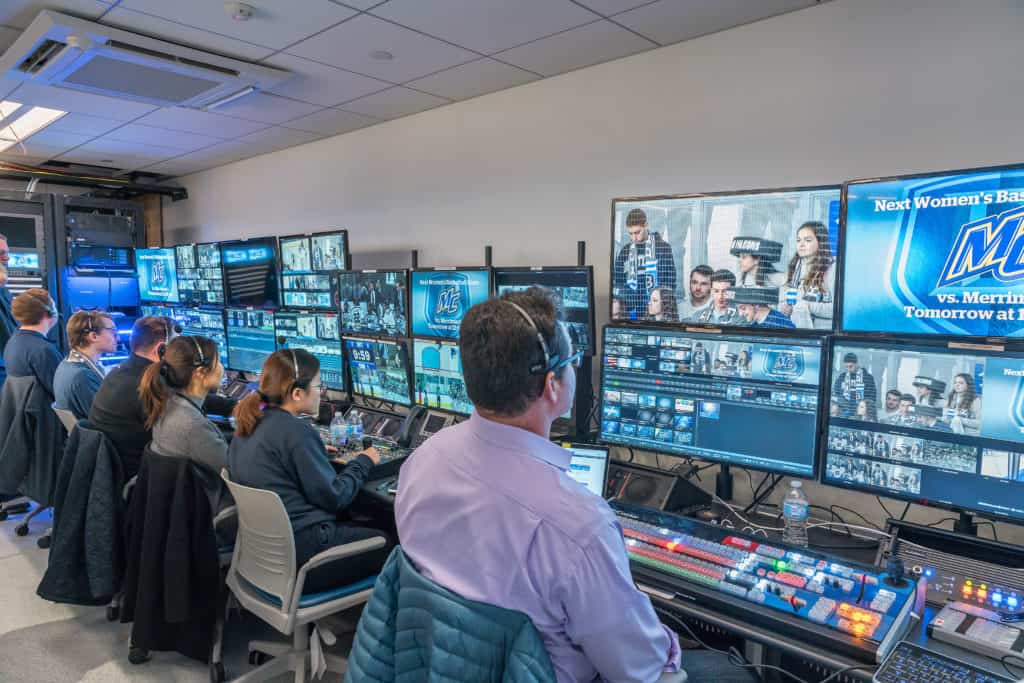 A multipurpose event space was designed with a large-format video wall for viewing events and presentations via local source or a wireless collaboration device. Paging systems are provided throughout the facility, along with ADA-compliant assistive listening technology.

Acentech’s acousticians provided recommendations for sound-absorbing material in the form of an acoustic roof deck over the arena, theatrical drapery for nonathletic events, and acoustical ceiling systems in other spaces. The work also addressed HVAC noise control for optimal sound performance, and sound isolation systems to provide exterior noise compliance.

The needs of both the hockey team and the student events program were addressed, providing Bentley University with a facility that will house nail-biting moments for years to come.

The arena doubles as an academic tool, providing students majoring in sustainability sciences the ability to analyze the facilities’ energy data.

Before the Bentley University Multipurpose Arena was built, the Falcons played two miles away from campus, removed from their fans and classmates. Now, the team plays right in the center of campus and the whole university knows when there is an event.

The environmentally friendly, state-of-the-art arena exemplifies Bentley’s commitment to sustainability and energy efficiency. The arena earned LEED Platinum Certification by U.S. Green Building Council, and was named the most environmentally sustainable arena in the United States.