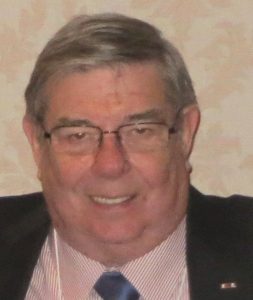 Boston – The American Council of Engineering Companies of Massachusetts (ACEC/MA) recently named Henry Russell, senior vice president at WSP | Parsons Brinckerhoff, as recipient of the 2016 Community Service Award. Russell was selected for his participation in influencing local decisions in his community of Braintree.

The award, which was announced at the recent ACEC/MA Engineering Excellence and Awards Gala, recognizes members for their accomplishments and sustained commitment to community service.

Russell, a registered professional engineer/engineering geologist with more than 40 years of industry experience, was recognized for demonstrating his dedication to his community as an active member of the Braintree DPW Advisory Board and the Braintree Conservation Commission, where he has served as chair for the past 17 years.

He is also an active participant in the Boston English High School Alumni Board, significantly contributing to the rewriting of the Alumni Association Bylaws to conform to current accepted governance.

“Volunteer work is clearly one of Henry’s passions,” said ACEC/MA President David Vivilecchia. “Through his demonstrated commitment partnered with a strong technical background, Henry Russell has proven himself to be the very definition of a community leader.”