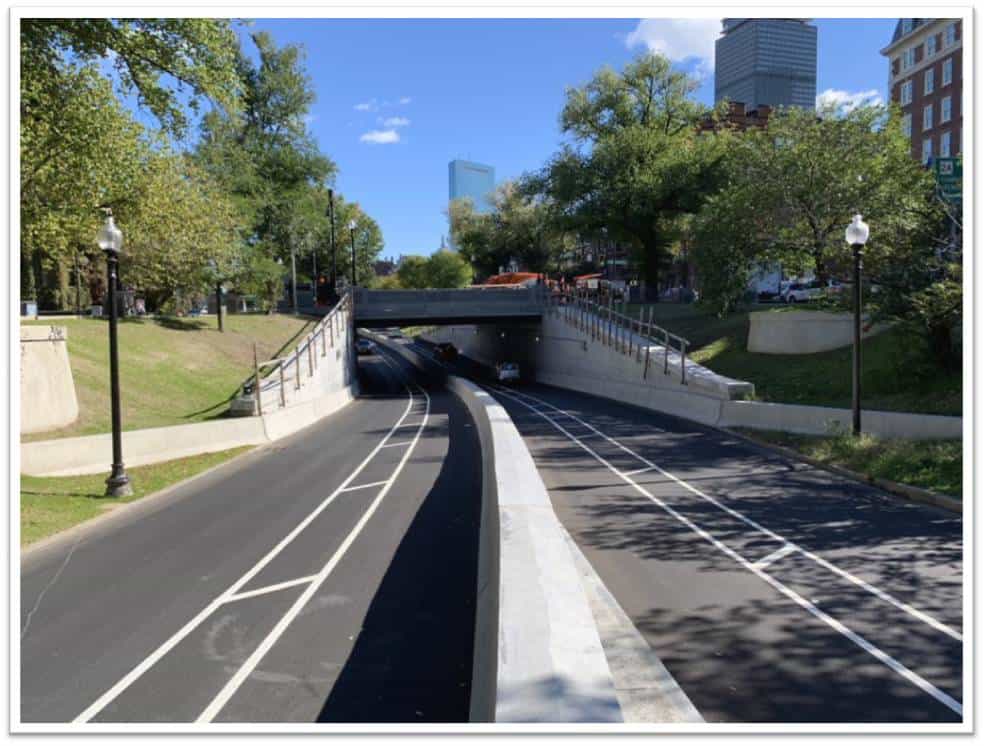 Boston – The American Council of Engineering Companies of Massachusetts (ACEC/MA) has named Stantec as a 2019 bronze award winner for engineering excellence for their work on the Massachusetts Avenue Bridge over Commonwealth Avenue.

The reconstruction of the Tommy Leonard Bridge was completed in one of Boston’s most densely built up sections. The design featured an innovative early construction contract to relocate utilities and utilized precast concrete details and prefabricated bridge units to facilitate rapid bridge construction.

Bridge demolition and replacement were completed during a long weekend. Traffic was returned to Massachusetts Avenue one day ahead of schedule.

What is perhaps most unique about this project was the recreation of the historic bridge and site using modern, rapid construction techniques. The successful project serves as example approach for future work. An international company, Stantec, has Massachusetts offices in Boston, Burlington, Hyannis, Northampton and Quincy.