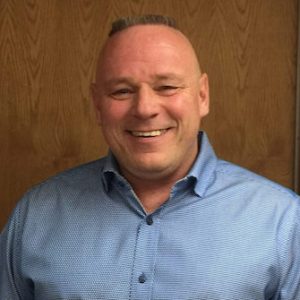 Earlier this year, the Associated General Contractors of Massachusetts (AGC MA) held a summit in Boston titled The Opioid Epidemic: Crisis in the Workplace. Over 170 representatives from the construction industry came together to learn more about the challenges of, and the solutions to, the epidemic that affects so many in the industry.

One of the most impactful presenters at the summit was David Argus, director of operations at Karas & Karas Glass Company Inc., based in South Boston. Recently, Argus joined Anastasia Barnes on High-Profile Monthly’s Build Better podcast to talk about the unique program he created at Karas & Karas to help recovering addicts pursue careers in the construction industry.

Argus’ journey began several years ago when his own family member was struggling with addiction. As Argus became more aware of the rehabilitation and counseling services available, and met the people providing these services, he was moved by their selfless approach and their passion for providing addicts with a second chance.

Argus says he learned that people in this line of work were “working for a greater cause than themselves” and “doing what they loved regardless of the compensation” to give addicts a pathway for recovery. In 2014, he created the program at Karas & Karas, now called the Boston Phoenix Foundation, to do just that. He first met with Shawn Nehiley, business manager of the Ironworker’s Union Local 7 in Boston, and John Murphy, chief of staff of the New England Carpenters Union, to make it possible for participants in the program to become union members and eligible for apprenticeship programs and employment in the industry.

So far, around 15 recovering addicts have been hired and are now part of the team at Karas & Karas. Not only are they developing necessary job skills and contributing to the company’s success, but they are also taught things like how to do their taxes, open a bank account, and other life skills that many of them missed out on earlier in life as struggling addicts.

Argus says the results of the program have been phenomenal. He emphasizes that it is the participants themselves who will ultimately determine if they will be successful at turning their lives around, including his own family member who is also a part of the program and has been at Karas & Karas for two years now. Argus says the program merely gives them a “lifeline” and the resources to make that success happen. When an addict has decided they are done and that they want to make a change, he says, it is providing a supportive environment and the structure to succeed that really makes the difference.

As a result of the program, Argus says the culture at Karas & Karas has also changed. The mindset has shifted to that of judgement to a true desire to help promising, talented, and hardworking people continue to succeed and overcome the disease of addiction. His goal is to make sure that when someone is ready to get sober, there are resources and people available to help them succeed.

Argus will be at the Building Trades and Recovery Week from April 29 to May 3, an event put on by the Building Trades Employers’ Association. He will be holding workshops to help spread awareness and to educate people on how to best work together to combat the epidemic. For more information, visit www.btea.com.