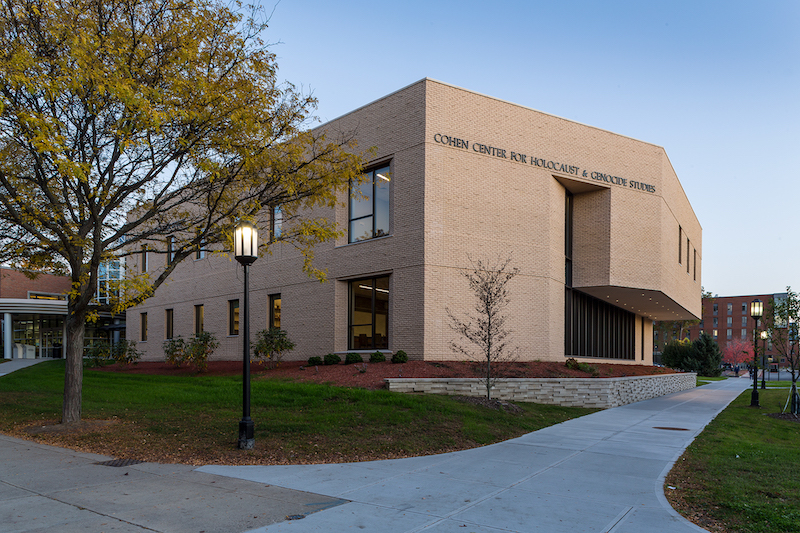 Manchester, NH – The team at Eckman Construction has received the 2020 Excellence in Construction Award for their recent work at Keene State College. Eckman served as the construction manager, overseeing the Mason Library’s addition to create the new home for the Cohen Center for Holocaust & Genocide Studies.

The two-story addition features a first-floor exhibition space, staff offices, and a classroom. The second floor features additional offices and a tiered seating lecture hall. The building exterior was designed to stand out and draw attention. The veneer consists of sandy-colored brick, a departure from the traditional red brick found on campus, which was selected to evoke a feeling of buildings in Jerusalem. The shape of the addition deliberately avoids hard right angles, as the barracks found on Nazi concentration camps were box-shaped.

The new center embodies the mission of the program’s founder, Dr. Charles A. Hildebrandt, “to remember…and to teach.” The team coordinated closely with the school to create a safe site in the heart of the busy campus and delivered a truly unique facility.

The 2020 Excellence in Construction Awards were presented by the NH/VT Chapter of Associated Contractors and Builders. This Excellence Award was for the Institution $2M-$5M category.