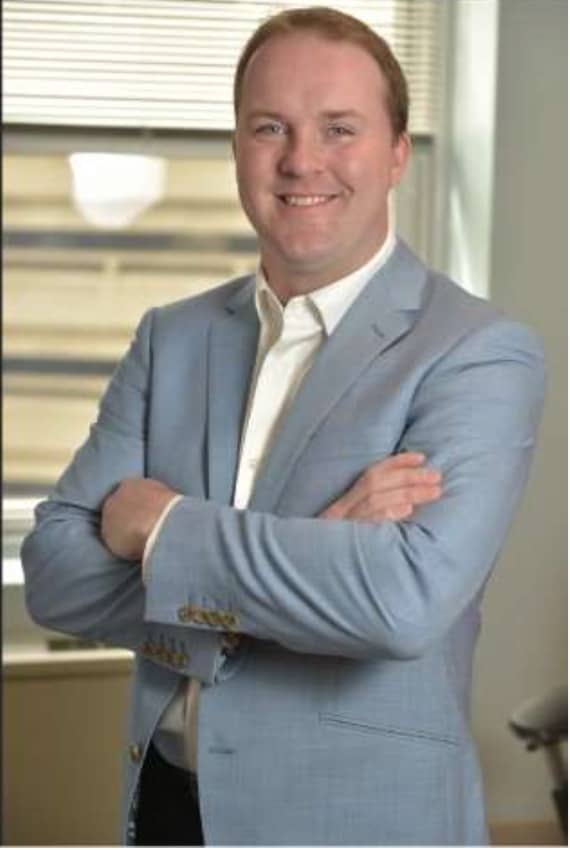 Jim Abbott, Vice President and Financial Advisor, was awarded the Accredited Investment Fiduciary® (AIF®) designation from the Center for Fiduciary Studies®, the standards-setting body for Fi360 on July 13th, 2018.

“I’m especially proud of our team’s growth over the past 9 months, with Jim earning this designation, the move to our new office on Dartmouth Street and the addition of Jeffrey Corey and Paul Litchfield” said Claro Advisors Managing Principal, Ryan Belanger.

Jim joined the team in 2017 with a focus on Company 401(k) plans as well as fostering collaborative relationships within the Construction, Design and Engineering industry and the Professional Hockey industry. As a student-athlete, he earned a BA in Business Administration from the University of New Hampshire winning Back-to-Back Hockey East Championship titles and playing two Frozen Four Tournaments. He was also named to the All-Academic Team his Senior year. After graduation, he played professional hockey before starting his career in the construction and financial industries.

Jim has been married to his wife Suzanne, for 15 years and they live in Reading, Massachusetts with their two boys. In his free time, Jim sits on the local and National Board of Directors for Associated Builder’s and Contractors as well as the board of Directors of The Friends of UNH Hockey. He also enjoys coaching Youth Hockey.

The AIF® designation signifies specialized knowledge of fiduciary responsibility and the ability to implement policies and procedures that meet a defined standard of care. The designation is the culmination of a rigorous training program, which includes a comprehensive, closed-book final examination under the supervision of a proctor, and agreement to abide by the Center’s Code of Ethics and Conduct Standards. On an ongoing basis, completion of continuing education and adherence to the Code of Ethics and Conduct Standards are required to maintain the AIF designation.