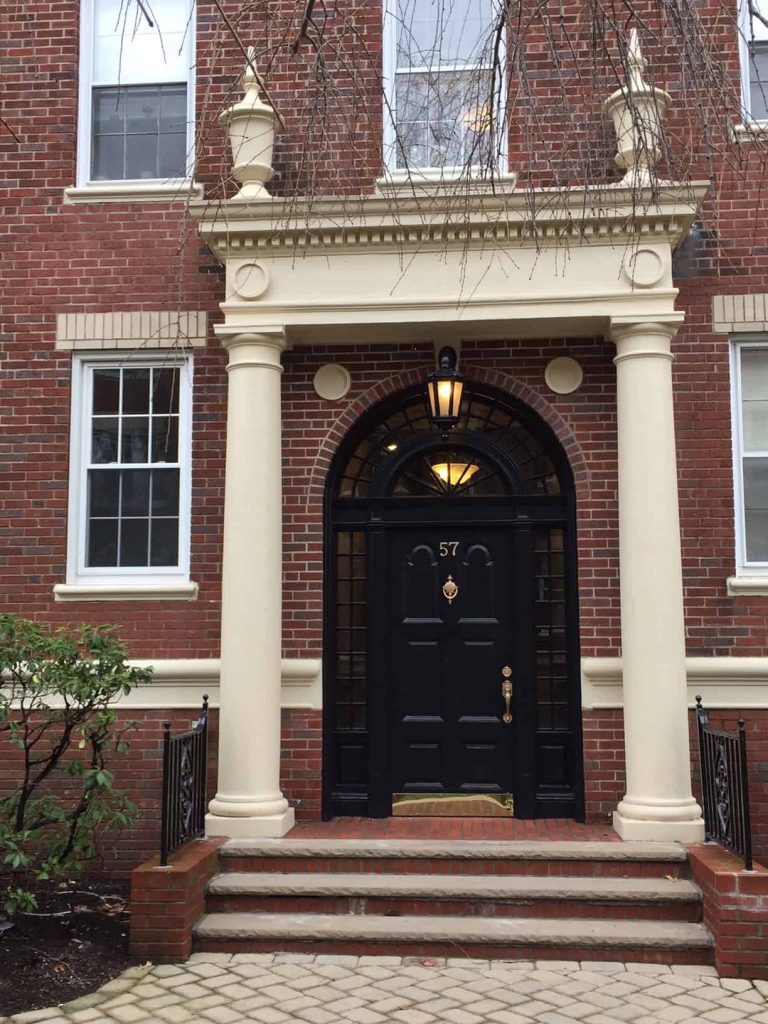 Brighton, MA –  Abbot recently completed restoration of a series of five pre-cast concrete portico entrances to the condominiums at 57-65 Babcock Street in Brighton. Each portico consisted of two pre-cast concrete columns and lintel headers that had severely deteriorated over time resulting in a rough appearance with multiple cracks.

Abbot hand grinded the surfaces with a special polishing stone to produce a smooth, aesthetically pleasing appearance and injected an epoxy material to structurally fill the cracks. The epoxy binds both sides of the cracks to result in a structurally sound surface. Abbot also repaired the deteriorated concrete and recoated the porticos to match the color of the decorative stone of the building.

Deteriorated pre-cast concrete urns at top of each portico were removed and replaced  with new, fabricated fiberglass replicas. To complete the project,   the tops of the porticos were  recoated with an EPDM roofing material.