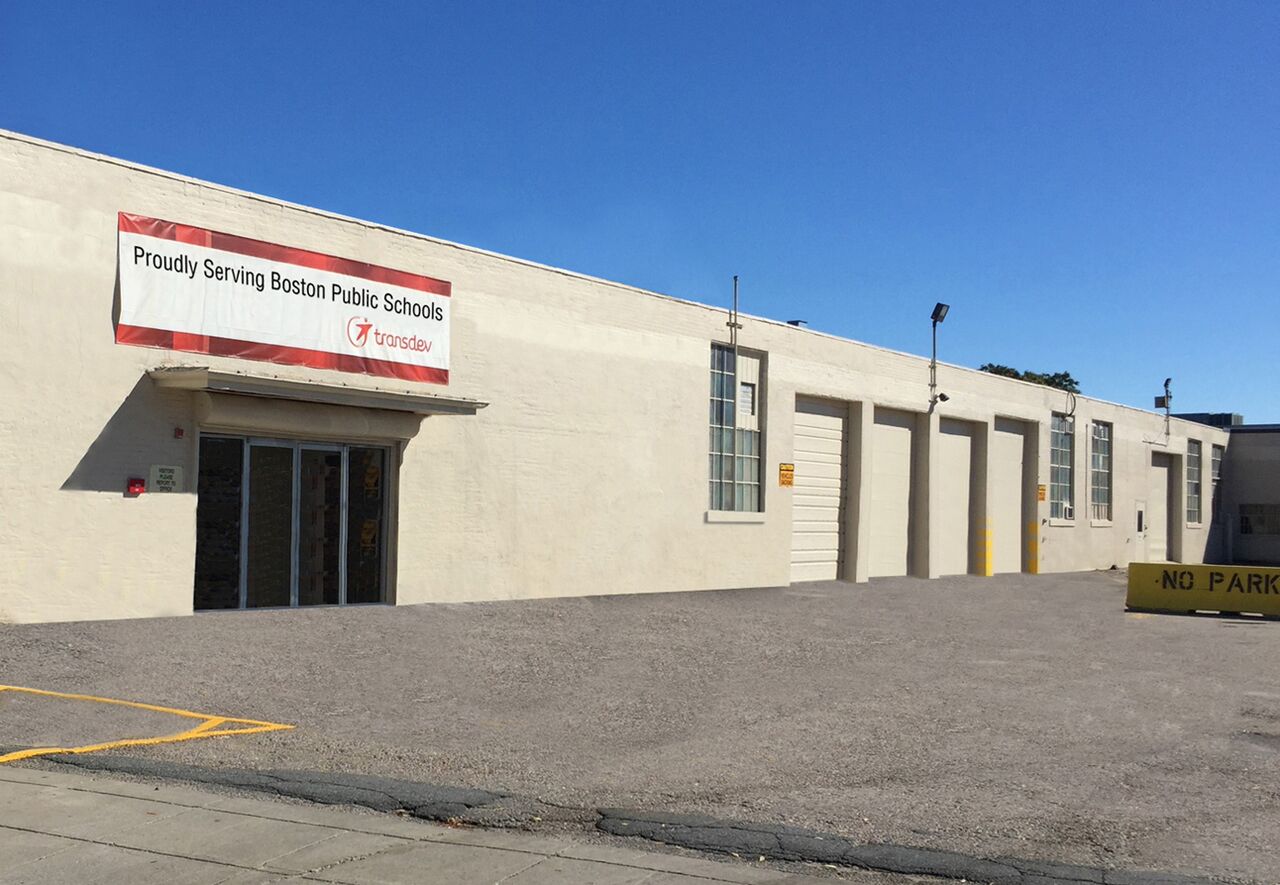 Boston – Abbot recently completed restoration of the facade and windows of a large one-story commercial building at 2000 Washington Street, Roxbury.

Built in 1926, the 65,000sf concrete building was originally used as a warehouse/storage facility until it was repurposed for tire retread manufacturing in the mid-1960s. When the tire industry changed and retreads became obsolete, the owner modified the building for use a bus depot and rented the space to the City of Boston for use in transporting special needs children around the city.

Abbot was first contracted by the building owner back in 2008 to remove and repair defective concrete, and recoat the façade.

By 2016, further deterioration occurred to areas on the façade that had not been previously repaired. At this point, the owner proactively decided to replace the roof that was deemed to be one of the primary sources of the problem. Then, based on the long-term relationship established between the owner and Abbot, Abbot was contracted to repair the deteriorated concrete as well the multi-pane windows.

To optimize cash flow, the project was divided in two phases with Phase 1 taking place in the Summer 2016 and Phase 2 to begin in June 2017.

To repair the concrete façade, Abbot first sound tested the concrete walls and removed any debonded material. Abbot then saw cut the perimeters, and exposed and cleaned the steel reinforcement. Next, Abbot coated the reinforcement with Sika Armatec, a concrete rod protection and bonding agent, to create a strong bond to the surface. Then Abbot repaired the reinforcement with SikaTop 123 PLUS, a polymer-modified, cementitious, non-sag mortar. Upon completion of all repairs, Abbot coated the concrete façade with Conpro Lastic waterproof acrylic elastomeric coating to protect the surface.

To repair the windows, Abbot ground down all of the metal trim, and primed and painted the surface. Abbot removed the glazing around the glass, reglazed the windows with a silicone sealant, and then painted the metal with a rust inhibitive coating.