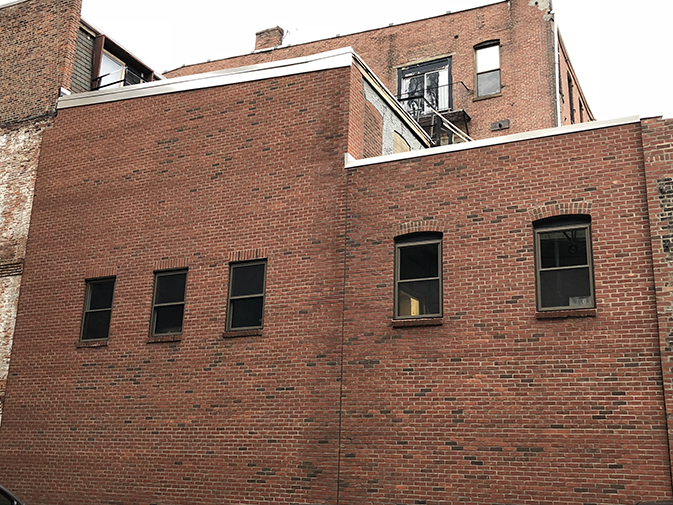 Boston – Abbot recently rebuilt a large portion of a double wythe brick wall at the rear of a 4-story commercial building at 35 Wareham Street in Boston’s historic South End District.

CBI Consulting Inc. formulated plans for demolition of both the interior and exterior walls, and subsequent repair. A major concern was that the building’s floor joists were connected to brick walls.

Before initiating the shoring process, a concrete footing wall in the basement was installed. Abbot excavated a portion of the floor, formed the concrete footing, installed steel reinforcement, and poured the concrete along the entire length of the wall. They then created a solid wood framed wall resulting in a continuous support for the existing joists on each floor.

Because the scaffolding could not be anchored to the wall, a series of Jersey barricades were installed to brace the scaffolding support. It was then completely enclosed. A structural interior wall was constructed using 4-inch solid CMU blocks filled with cement and steel reinforcement.

The new exterior brick wall was mechanically anchored to the CMU wall using bricks resourced to match the original bricks. Four window openings were created during the masonry project with wood framing and installation of new bronze double hung replacement windows in the same locations as the original windows.

Notably, all of the work was performed under the strict guidelines established by the South End historic district.