Boston –  Abbot Building Restoration recently completed a multi-phase masonry project at a four-story brick and concrete condominium building at 1871-1875 Commonwealth Avenue located at the corner of Chestnut Hill Avenue and Commonwealth Avenue in Brighton. The condominium is situated in the new Brighton Aberdeen Historic District, which requires compliance with all of the District’s historic guidelines. 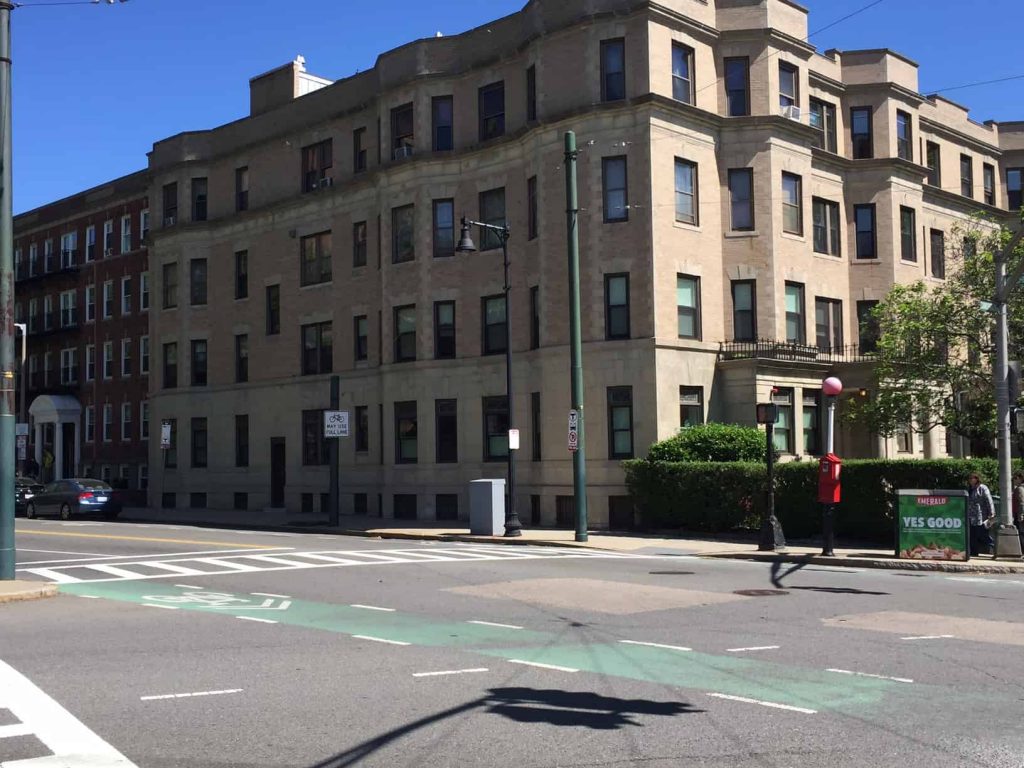 Abbot completed the initial phases of the project back in 2012 focusing on the Chestnut Hill Avenue side of the building where repointing, stone repair, brick replacement, and caulking of the windows were performed, along with major structural repairs to several damaged stucco porches in the rear of the building.

Over the next few years, Abbot sequenced a series of repairs to various elevations around the building to bring the entire structure up to current guidelines. The phased approach allowed the building owner to optimize cash flow over the entire timeline of the project.

In 2014 Abbot performed miscellaneous repointing of the brick façade, and caulking of the windows and fire escape connections on the left elevation, the rear alley and the courtyard areas.

In 2015, the brick façade was repointed and the windows caulked on the Commonwealth Avenue side, including the entrance porticos. Damaged brick was replaced with matching brick and minor repairs were made to the stonework.

Abbot also performed repointing, caulking, and brick replacement at the light well section in the middle the building, the rear area way on the Commonwealth Avenue side, and the wall next to the chimney.

Finally, in the Fall 2016, Abbot wire brushed and painted the fire escapes at the rear elevations beyond the light wells, and performed masonry repairs to the right rear wall.