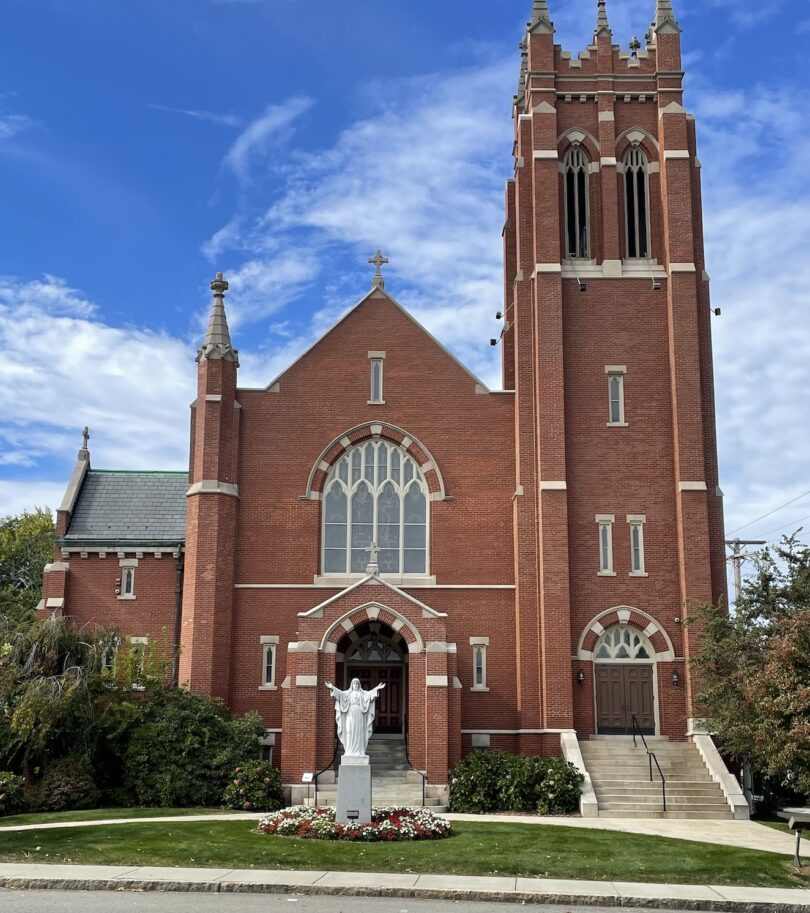 Haverhill, MA – Abbot Building Restoration recently completed a masonry repair and restoration project at the historic Sacred Hearts Parish church and school buildings in Haverhill. The church is located at the corner of South Main Street and Charleton Street while the school is located across the street on Chestnut Street.

Abbot secured the project based on a competitive bidding process among qualified masonry firms in the Greater Boston area. The overall scope of the project encompassed power washing and waterproofing both buildings, cutting and pointing various deteriorated areas, and repairing cracks and sills.

Specifically, the initial phase involved setting up a series of lifts to allow worker access for spot cutting and pointing various areas of both buildings to match the existing appearance of the buildings. Following this process, all of the brick surfaces on both buildings were power washed to remove atmospheric dirt in preparation for application of a clear waterproofing sealer (Protectosil Chemtrete BSM Sealer, Evonik Industries, Essen, Germany).

The next phase was to erect pipe staging to allow access to the church’s chimney at the Charleton Street elevation, so that Abbot could cut and point the entire chimney facade. On the school building, Abbot saw cut multiple cracks in the foundation and recaulked these areas with a high performance polyurethane sealant (Tremco, Beachwood, Ohio). In addition, Abbot removed and replaced two windowsills with new precast concrete to match the existing appearance.

Sacred Hearts Parish was founded in 1908 to serve the spiritual needs of the Bradford-Ward Hill neighborhood residents in Haverhill.