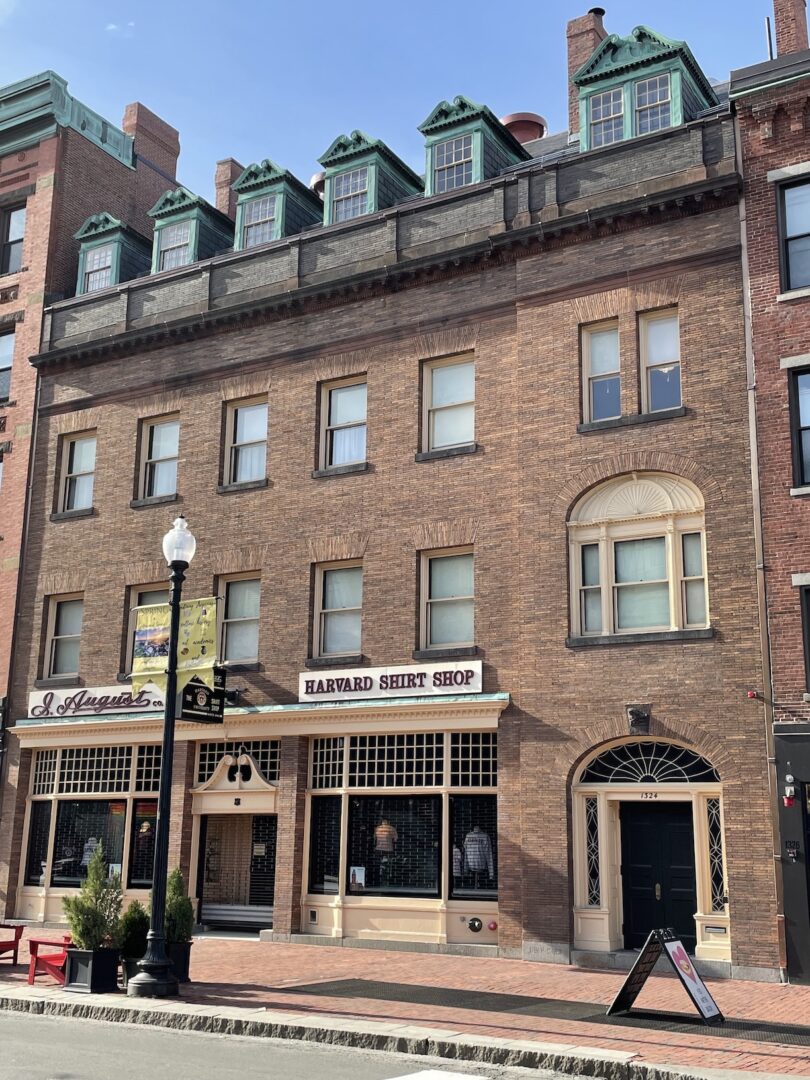 As this historic 5-story brick building is a part of the Harvard Square Conservation District, Abbot was required to adhere to strict protocols set forth by the Cambridge Historical Commission. Working in conjunction with Wessling Architects of Braintree, Abbot performed significant repairs on the front and rear elevations overlooking the building’s scenic courtyards.

On the front elevation, Abbot’s work included repair and selected replacement of damaged brick, slate, and wood windows. Abbot also removed paint from all wood surfaces and repainted these areas. In addition, Abbot replaced damaged copper elements and flashing, and replaced all of the downspouts.

Due to the massive scope of work and the multiple subcontractors/trades involved, including masons, carpenters, roofers, and painters, the most challenging aspect of the project was the overall coordination and timing. To add to the complexity, the work had to be accomplished off pipe staging that was shared by the trades, on both elevations. Despite these challenges, the job was managed and completed in an efficient manner.

The Porcellian Club was founded in the late 1700s and, according to rumors, the name Porcellian was coined from a pig that a student brought into the building. In order to reflect the historical origin of the club and give it a classic touch, the students decided to call it the “Porcellian” from the Latin “porcus” meaning “piglet.”