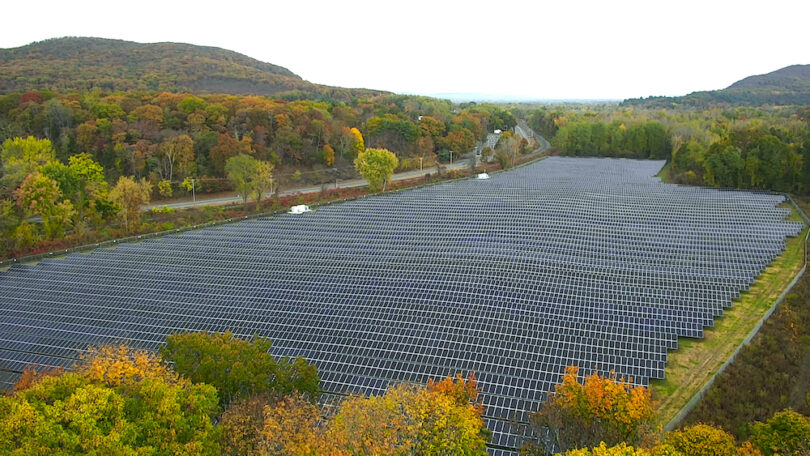 Tighe & Bond, in conjunction with a team of subconsultants and property owner ENGIE North America (ENGIE), transformed the site of the Mt. Tom coal-fired power plant into the state’s largest community solar and energy storage facility. 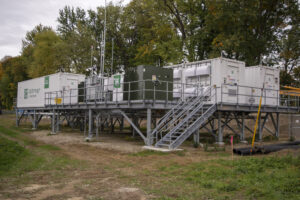 In 2014, the Mt. Tom coal-fired power plant stopped operations, and ENGIE began the task of decommissioning and closing the power plant site. This undertaking involved demolition of the coal-fired plant and remediation of areas of the property that had been used for coal and ash storage. A large portion of the site was re-purposed for a renewable energy generation/storage project to benefit the region and the city of Holyoke.

Tighe & Bond played a pivotal role in the transformation of the 200-acre property. The project team developed and implemented an innovative approach to site decommissioning and obtained an array of environmental and land use permits related to demolition of the plant, remediation of the site, and the renewable energy project. 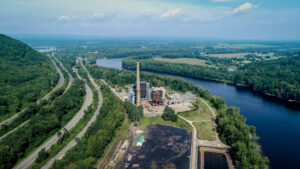 The largest environmental restoration component of the project included risk-based evaluations and various capping strategies to address coal ash found over much of the property. Tighe & Bond worked in close collaboration with the Massachusetts Department of Environmental Protection (MassDEP) to develop a unique approach to closing the site and preparing it for a range of potential future uses. The closure approach resulted in preserving and protecting the Connecticut River and Kennedy Brook, over 50 acres of vegetated forest, and associated rare and endangered species habitats.

For the renewable energy portion of the project, Tighe & Bond provided design, engineering, and permitting services. The 5.7-megawatt (MW) AC solar project and 3 MW/ 6 MWh AC battery storage project is the largest community solar project and largest utility-scale energy storage installation in the Commonwealth. This project provides the city of Holyoke with a source of clean, renewable energy and significant benefits associated with the energy storage system, including demand management and cost savings.