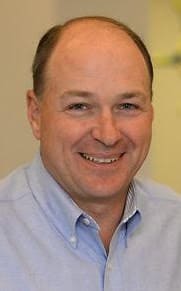 Watertown, MA – The Board of Directors of MassEcon has selected Peter J. Abair as its new executive director to lead the nonprofit organization in promoting the location and expansion of businesses in the commonwealth beginning on Jan. 1, 2019.

Recently, at MassBioEd, Abair led the nonprofit organization to become a regional leader not only in educational programming in the life sciences at the secondary school level but also in the provision of workforce trends reporting and guidance.

Abair, currently executive director of the Mass. Biotechnology Education Foundation (MassBioEd) in Cambridge and a veteran of economic development initiatives in Massachusetts, will begin working on Nov. 5 with Executive Director Susan Houston, who has led MassEcon’s work since its creation 25 years ago and will leave the organization at the first of the new year.

Previously he was director of the Office of the Governor for Western Mass. and director of public affairs for the Mass. Executive Office of Education. He served as a legislative aide to Mass. State Sen. Lucile P. Hicks and to U.S. Rep. Silvio O. Conte.