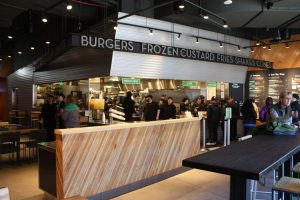 WS Development will own and manage all 23,500sf of the project’s retail space as well as an additional 1.26 million sf of retail within Seaport Square. Skanska USA will develop Watermark Seaport Square’s residences. The architect for the project is the Aria Group.
Upon opening, Shake Shack at Watermark Seaport will join existing Massachusetts Shake Shack locations of Harvard Square, Newbury Street, The Street in Chestnut Hill, and Legacy Place in Dedham.