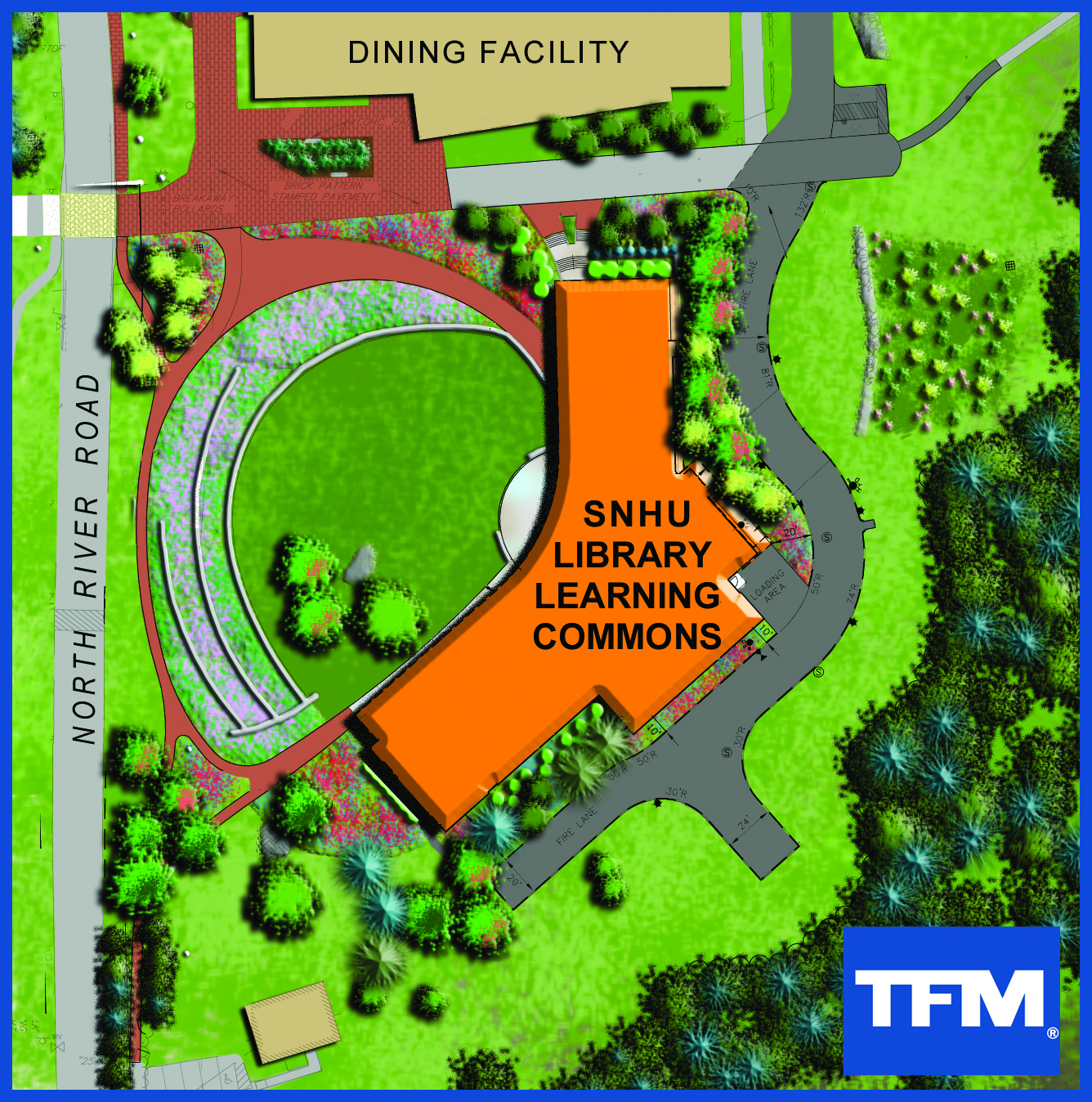 Manchester, NH – Starting in the fall of 2014, Southern New Hampshire University will be offering its growing student population a new Library and Learning Commons building. SNHU is a private, non-profit university, with over 80 years of experience in post-secondary education. The campus is located in Manchester and Hooksett.

In addition to housing the library, the learning commons will  include an IT help desk, the learning center, a café, and a media production suite. The new space will also provide additional areas for private and group study to the student body.

The facility is currently under construction and will be  open for the fall 2014 semester. The general contractor is Harvey Construction of Bedford.

“Siting the new three-story building was critical,” according to Jeff Kevan, project manager for TFMoran, “The site for the new Learning Commons was chosen to be in the center of the campus, next to the recently-constructed dining hall. This central “campus core” helps make SNHU a walkable campus, eliminating the need for new, dedicated parking for this facility. “

Kevan continues, “Other sustainable features built-in to this project include a bio-retention area, where stormwater runoff is treated by passing through a natural filter of wetland-type soils before releasing to the environment. We also took a significant portion of the runoff volume, including the entire roof of the building, and used it for groundwater recharge, rather than increasing runoff.”

In addition to site design, TFMoran was responsible for survey and environmental permitting including local Planning Board and State stormwater and wastewater approvals.

TFM continues to work with Perry Dean Rogers | Partners Architects and Harvey Construction during the construction phase of the project.

Sustainable design is a key feature of all SNHU projects. Paul LeBlanc, the university’s President, is one of the signatories of the American College & University Presidents’ Climate Commitment, and in 2007 SNHU became the first carbon-neutral university in New Hampshire. “In addition to the compact footprint, the shape and orientation of the building was chosen to maximize solar exposure and save several stands of mature pine trees,” Kevan explains.