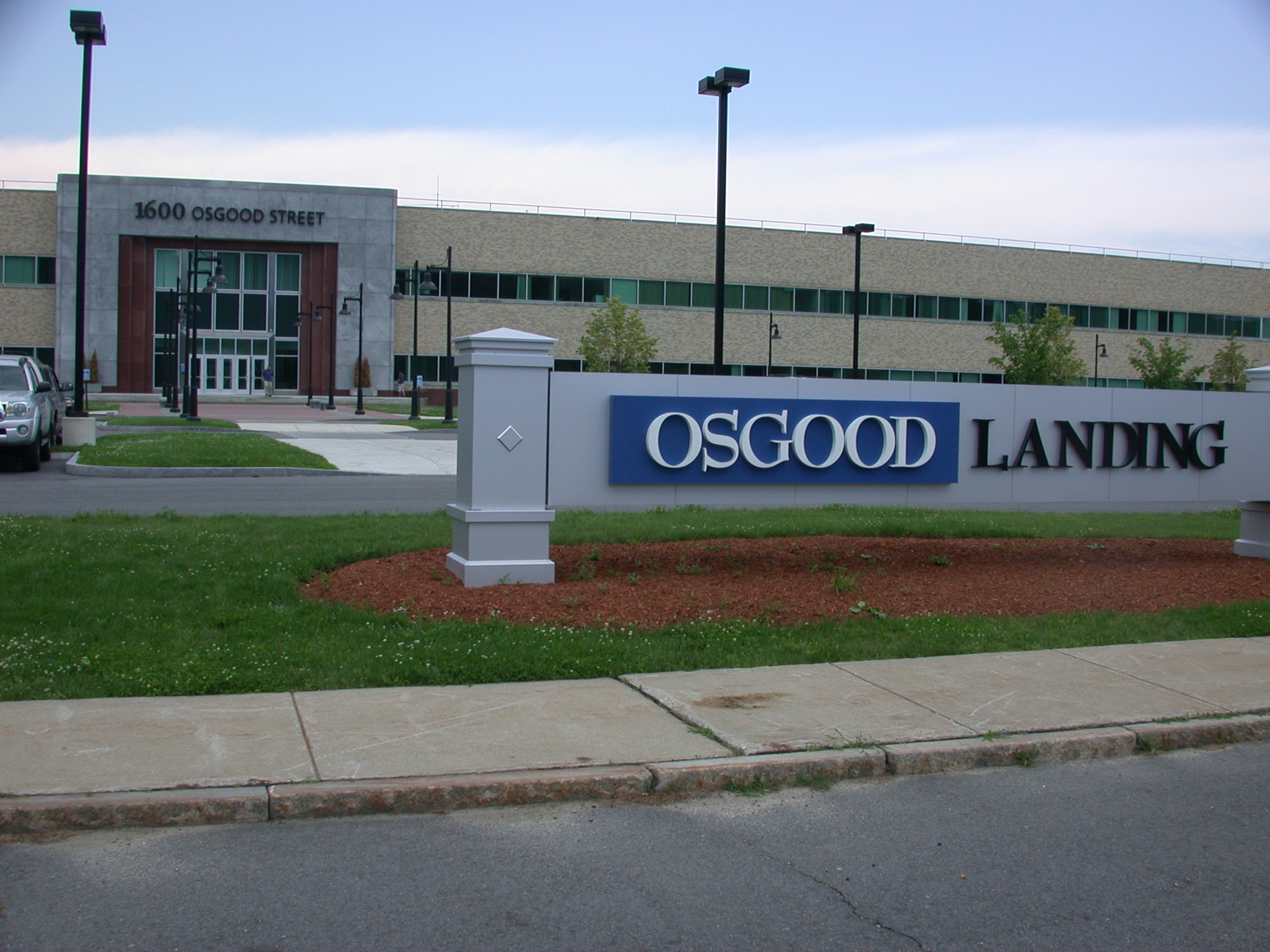 North Andover, MA – When you walk in to the warehouse area of Osgood Landing, you get an overwhelming sense of an operation “that once was.” The folks at List Logistics had a vision for “what could be.”

A sense of history washes over you when you walk into this building that once housed telecommunications giant, Alcatel-Lucent (A-L), less than a decade ago. At one point A-L employed 12,000 people inside of this 2 million sf plant nestled in North Andover,  about 20 miles north of Boston. Generations of families worked in this operation before consolidation and overseas influence forced A-L to close its doors and lay off its final employee about seven years ago.

Since that time, a major effort has been put forth to revitalize the property and attempt to rejuvenate business opportunities within this magnanimous structure.

Slowly, but surely, the ol’ plant started to fill. From high tech to low tech, state offices to children’s play places this building had a lot of life left in it and in August of last year got one more anchor tenant: List Logistics.
List, a privately-owned third party logistics (3PL) company, had already outgrown two other buildings in its Massachusetts operational hub and, once again, needed more space to meet the ever-growing demands of its complex client base. After nearly a one year search for its next home, List was introduced to Osgood Landing.

Unconventional to most modern day distribution centers, the Osgood facility was a bit unique but List President George Schindler and his team saw great potential and gave this landmark a fair shot for what they might need.

“My knee jerk reaction was to say ‘No way’ to this place,” Schindler joked. “The odd characteristics, varying ceiling heights and overall layout did not appeal to me at first glance. But after a few walkthroughs, we realized this place might be just right.”

The 157,000sf section of the building posed some challenges. The space was chopped up due to Lucent’s specific needs to its telecomm operation. Unlike a typical ‘big box’ design, this area had several unique characteristics.

“I was certain this place would quickly be scratched off our list of possible options,” said John Wells, the operations manager for List’s North Andover location. “We store and manage everything from computer chips and solar panels to food products and medical records. We had our concerns but were willing to dig a little deeper.”

The odd shape of the operation was not the only challenge posed to List. Due to A-L’s somewhat expeditious exit from the building, there was an inconceivable excess of dated material handling and warehouse equipment strewn throughout the space. The cost to remove the equipment would far outweigh any reasonable lease cost option for List; a circumstance other potential suitors also recognized when they explored this space over the past several years.

However, after an in-depth examination of this ‘graveyard’ of old equipment, List recognized they could actually revitalize these materials to match their needs. Not only would this greatly reduce facility start-up costs but also allow List to ‘recycle’ perfectly useful hardware that would have otherwise been trashed or sold for pennies on the dollar.

At this point, the proverbial light went on and List signed on the dotted line.

“This section of the campus had been visited by dozens of other companies over the years, but none of them believed they could make it work,” stated Ellen Keller, vice president of Ozzy Properties, who own the building. Keller continued to say, “List Logistics clearly had the vision and Ozzy could not be more excited to have them in our tenant portfolio.”

After just eight months, List has quickly filled up the entire space and looking for more. Perhaps another slice of this “imperfect” campus is in their future? “When you manage products ranging from 1 ounce to 10,000 pounds, you not only need flexibility but creativity. Despite our initial hesitation, it turns out that Osgood was the perfect answer to our clients’ demands,” Schindler concluded with a smile.