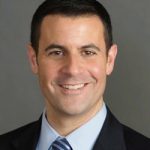 In the beginning, it was a fairytale relationship: young and growing GC meets capable and experienced subcontractor. Everything seemed so effortless then – the bids fell exactly into place, the schedule was always met, the work was flawless and payments were never a problem. Then, slowly, things began to change.

At first you chalked it up to innocent mistakes – a missed item here or under-ordered materials there. But then the mistakes became more common and carried greater potential risks – the wrong insurance certificate or a call from the local union rep about a few missed benefit payments. Most recently, it’s as though the sub has just given up. Refusing to sharpen its numbers. Woefully understaffing the job. Failing to pay lower-tier subs and allowing liens to hit the project.

Whatever the reason, it’s clear that the bloom is off the rose. It’s time to part ways.

So now what?  Most subs believe they either performed properly or should have been given another chance to remedy the problem. The way in which the GC approaches termination of a subcontractor can be the difference between a clean, healthy break and a long, drawn-out separation and the inevitable heartache and price tag that comes with it.

Well-drafted subcontracts should answer the most common questions that accompany termination: How and when can you terminate for cause and what are your payment obligations if you terminate for convenience? Is written notice required? Does the subcontractor have an opportunity to cure? What happens to the subcontractor’s materials or equipment stored on site? What effect does termination have on warranties for equipment or materials already delivered? Do you have offset rights?

As strong as the urge may be to rip off the bandage and move on, a GC is always well-advised to consider the impact the termination may have on the project and the schedule, and to have “Plan B” available. If near the end of the job, it may make sense to postpone the formal breakup until after the subcontractor has completed its performance.

General contractors should know exactly where the defaulting subcontractor stands with its downstream subs and suppliers prior to invoking its termination rights. The more unknowns with respect to payments, equipment, OEMs, and materials, the greater a subcontractor’s leverage to increase the pain on the general contractor in response to a termination.

Provide clear and timely notice of subcontractor defaults and memorialize performance concerns early and often. Trust your gut. There is often an impulse to look the other way and hope the problems you’ve noticed are not going to continue or have a lasting negative impact on the project. Identify the problems, determine whether they can be cured, and if not, be prepared to move on..

“Hop on the bus, Gus, you don’t need to discuss much.”

Once the decision has been made to terminate, it is critical that the GC not deviate from its decision or backtrack. Minimizing the drama, the emotional reactions, and the back-and-forth will help to minimize the potential harm to the project or the schedule. And if the GC had been providing and memorializing timely notices of default or reasons for rejecting change orders or pay applications, then there should not be much left to discuss once the termination takes place.

“Just drop off the key, Lee, and get yourself free.”

An amicable breakup is nearly always preferable – and less expensive — than the alternative. Try to preserve the relationship if possible, but if not, at least try to negotiate a settlement so that the subcontractor is less apt to disrupt the project and more likely to give you a release.

Although 50 may be a bit of an exaggeration, there are several effective ways to break-up with a non-performing subcontractor. If and when that happens, it is critical for a GC to be prepared to act decisively to avoid the potential risks and costs that can result from a scorned subcontractor.

Bradley Croft, Esq.  is a shareholder at the Boston law firm of Ruberto, Israel & Weiner P.C.